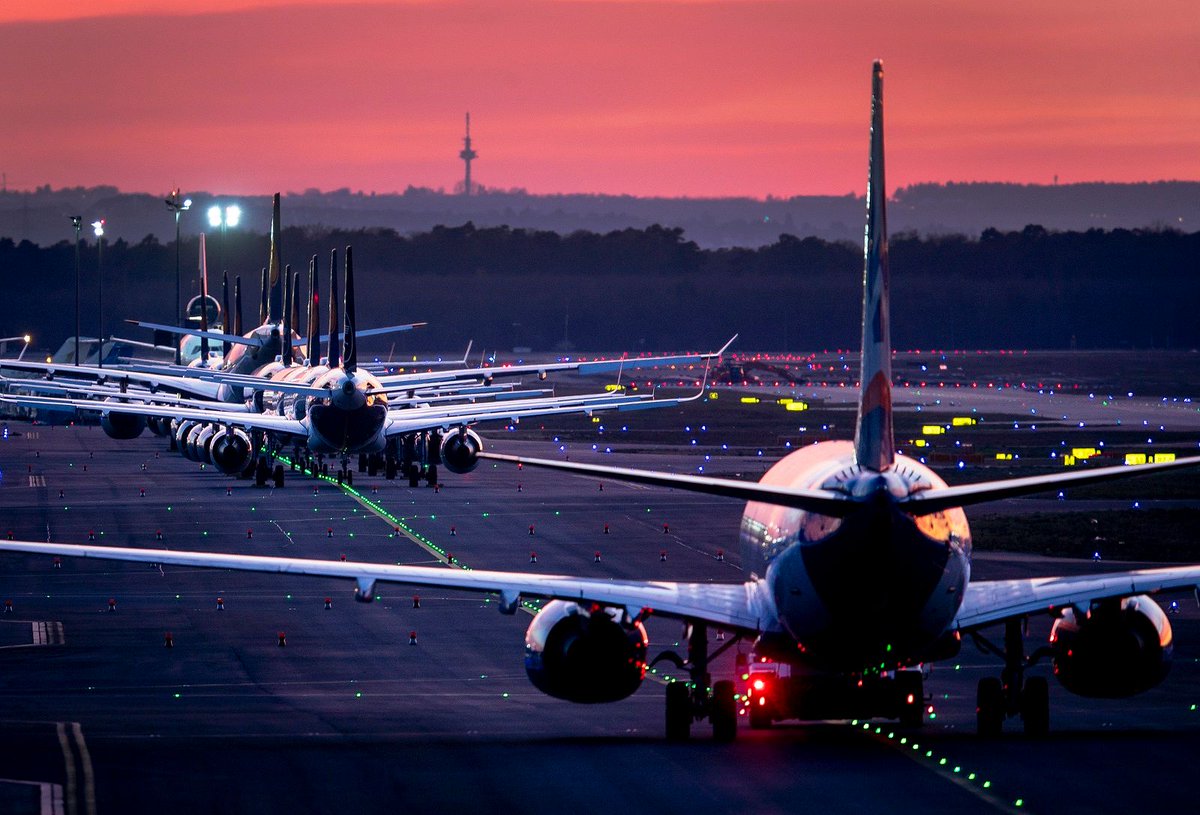 Aviation is the most global of global industries. It employs millions of people, underpins the livelihoods of tens of millions more, and acts as part of the central nervous system of international business and leisure.

Yet now vast parts of the network have been shut down as a result of the coronavirus pandemic. The number of daily flights has fallen by 80% since the start of the year, and in some regions nearly all passenger traffic has been suspended.

The industry is in survival mode, with airlines, airports and ground-handling firms all desperate to conserve their cash reserves, while their normal revenue streams have dried up.

Widespread job losses are now expected, with British Airways’ parent company IAG announcing on Tuesday that it is set to cut up to 12,000 positions from the airline’s 42,000-strong workforce. IAG said it did not expect BA to see passenger demand return to 2019 levels for “several years”.

Elsewhere, Easyjet has laid off its 4,000 UK-based cabin crew for two months, Qantas has put 20,000 staff on leave, and 700 pilots at American Airlines have agreed to take early retirement.

Even so, attention is now gradually turning to the future, and how airlines around the world can hope to slowly return to something approaching normality.

There are obvious logistical challenges. Aircraft need to be prepared for flight, and airports made ready to receive them. Schedules need to be drawn up, and staff made available.

But there are also less predictable issues to contend with. No-one can be quite sure yet where aircraft will be allowed to fly to, or what conditions might be imposed on staff and passengers by national authorities.

There are currently around 17,000 aircraft parked up at airports around the world, according to consultants Ascend by Cirium. That represents about two-thirds of the global fleet.

BA, for example, has aeroplanes stored at London Heathrow, at its maintenance base in Cardiff, on taxiways at regional airports such as Bournemouth, and at Chateauroux airport in France.

Even while parked, these aircraft require regular maintenance. Some will have been kept ready for immediate use. Many airlines have been carrying out repatriation flights, for example, or ad-hoc cargo services. But others will take a week or longer to prepare for flight, according to people within the industry.

If all those aircraft were needed at once, getting them ready would be a formidable challenge. However, analysts say in practice this is unlikely to be the case – because most airlines will start off by operating relatively limited schedules, and many aircraft will not actually be needed for months to come.

A further significant issue is the raft of human qualifications needed to allow the industry to function.

Pilots, for example, need time in the air, or in the simulator, to maintain their “ratings”, or permits to fly specific aircraft. They also need regular medical checks. Other critical staff, such as air traffic control personnel and engineers, have time-limited qualifications as well.

Although many airlines and airports are trying to ensure they still have a core of staff available with up-to-date certificates – those who are involved in dealing with repatriation and cargo flights, for example – others have been unable to continue working.

In the UK, the Civil Aviation Authority (CAA) has already taken steps to prevent a backlog of expired credentials from undermining attempts to get planes back in the air as quickly as possible.

“Due to the extraordinary current circumstances, an exemption has been put in place,” a spokesperson said.

“Where possible, we expect pilots to remain current through normal methods. If the exemption is being deployed, an airline must illustrate to us how this is being done safely.”

Similar measures have been put in place for other key staff.

But while there are clear logistical problems involved with getting thousands of aircraft back into service, and ensuring there are enough pilots and technicians to go around, these are not the main issues keeping aviation executives awake at night.

The real problem, executives say, is the number of different countries that have introduced travel restrictions, and the lack of certainty over when those restrictions will be removed.

“What we are trying to do is have a global restart plan,” explains Alexandre de Juniac, director general of the International Air Transport Association. “The main challenge is how and when the different states will lift restrictions to travel.”

He believes curbs on travel will clearly last beyond the middle of the year, and some may remain at least partially in force until the end of 2020.

He thinks domestic routes within individual countries will open up first, followed by short-haul international services. Intercontinental travel would probably follow after that, although he admits “that is a point we haven’t resolved yet”.

One area causing a great deal of uncertainty is the extent to which social distancing will be required when regular flying resumes.

How will people be separated in airport lounges, in security queues, or in the airports themselves? What tests will be required, and how will they be carried out?

This is a commercial issue for both airports and airlines. For example, retail outlets and restaurants provide a lucrative source of revenues for airport operators.

“They enable us to keep down the charges we make to airlines, and ultimately that affects the ticket prices they can offer their customers.

“We don’t want to reconfigure everything in our airports, only to find out in six months’ time there’s a vaccine and the new measures aren’t needed any more.”

IATA’s argument is that whatever measures are introduced need to be the same and implemented in a co-ordinated fashion.

“We need to avoid the kind of situation that followed 9/11,” says Mr de Juniac. “Back then we saw a piling up of different kinds of security measures, and it took a very long time to put it together again in a more consistent way. And we still have different measures.”

Airlines too could be squeezed. Lufthansa is already operating services where middle seats are left unoccupied in order to allow a certain degree of social distancing on board. EasyJet – which has grounded its entire fleet – says it will do the same when it resumes flying.

As a short-term measure, this might help passengers fly with a little more confidence. But it comes at a serious cost.

In order to make money, airlines need as many seats as possible to be filled on every flight. “Load factors” are particularly important for budget carriers, which typically fly with more than 90% of seats occupied.

But if middle seats are left unoccupied, aircraft will have to fly just 65% full. This might be acceptable for a short period, but according to Mr De Juniac, if it went on for long, “it would certainly change the way in which the industry operates”.

In the UK the government is considering forcing all passengers arriving in the country to spend two weeks in quarantine.

The industry association Airlines UK says such a plan would “effectively kill international travel to and from the UK, and cause immeasurable damage to the aviation industry and wider UK economy”.

Getting aircraft back in the air may prove to be the easy part. Finding people to fly in them could prove more difficult – and some long-term changes to the aviation market are highly likely.

“It may not be too bad for firms which specialise in holiday travel,” explains one tourism industry executive.

“People still want to go on holiday, and there’s definitely still interest in going to short-haul destinations later in the year.”

But analysts say business travel could be a different matter.

High-paying business and first class travellers usually account for a little under a third of the revenues for the industry as a whole. For long-haul carriers, it can be as much as 70%.

But there are now serious threats to that traffic.

The predicted global recession, the cancellation of major trade fairs and other set-piece events – and even the new willingness of businesses to use online tools as a substitute for face-to-face meetings – could all delay the recovery.

“So you could see a sort of business class-lite, where people get a business class seat and meals, but no access to lounges. So at least the seat is occupied. There’s room for a lot of creative pricing.”

But the biggest problem for the entire industry, as it prepares to get back in the air, is that no-one – at any level – can really be sure what its future looks like.